Kickstarter Public Relations: Use PR to build your crowd 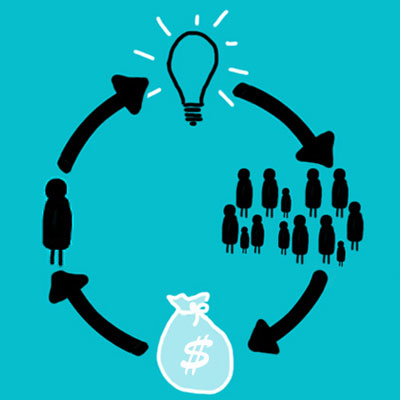 Public relations should be an integral part of your crowd-funding campaign. It can help you build your crowd before, during and after your project launches. Whether you’re trying to raise money on Kickstarter, Indiegogo, AngelList or another site, PR can help you define your project (and/or company and/or brand), attract the attention of reputable bloggers and journalists in your niche, and help you connect directly with the crowd who’s going to determine whether your campaign flies or flops.

We’ve been spending a lot of time lately on public relations campaigns for crowd funding project on Kickstarter. Our first client, Brandon Hyde and his family, launched a $100,000 Kickstarter campaign to fund production of their invention, the Cole-Bar Hammer. We helped them get niche blog coverage, and drive traffic to their Kickstarter, with a series of press releases. I’m happy to report that they earned 135% of their goal (and a ton of online buzz) with our PR support.

We met Stephen Walden, CEO of Bosse Tools, through a referral from Brandon Hyde. Stephen is a 24-year-old innovator who did for the shovel what Cole-Bar had done for the hammer.  Stephen’s Kickstarter project also attained its goal, and earned an extra 5% above and beyond. He credits the coverage we got for him on the local Los Angeles CBS affiliate with a big boost in crowd funding pledges:

The moral of the story? Include public relations and marketing in your crowd-funding campaign budget. It’s not a frill; it’s a necessity for short-term and long-term success.

Thanks to Rocio Lara for sharing the crowd funding graphic on which we based our illustration.