Save on SEO Press Releases on Cyber Monday at FreelancePR.com 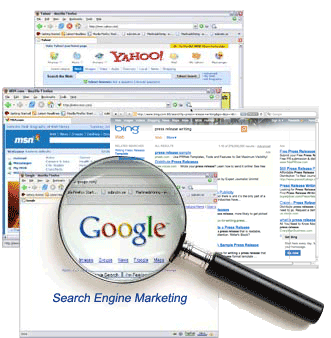 Need to generate free publicity? Now FreelancePR.com clients can enjoy savings of at least $200 off press release writing and distribution services through December 7, 2014 during the site’s “Cyber Monday” Press Release Discounts promotion, launching Black Friday – November 28, 2014. A search engine optimized news release and online distribution to Google News is just $247 this week on the site. That’s a savings of $200 off the regular fee. To get the discount, Cyber Monday shoppers must purchase through this page: Cyber Monday SEO Press Release Discounts. Press release packages are also available, for an even greater savings. “If you purchase a 12-month package–which is perfect for small businesses–you’ll pay only about $99 per release,” says Kathleen Gee, a Public Relations consultant at FreelancePR.com.

“Even on days like Black Friday or Cyber Monday, most people start their shopping with search engines like Google, Bing and Yahoo,” says Gee. The goal of search engine optimization (SEO) is to get online content to appear naturally in the first couple of pages of search results for a certain keyword.

A well-written, search-engine-optimized press release can often appear high in search results when a potential customer does a keyword search for a product or the name of a company. What’s more, the backlinks in the press release can sometimes boost a website’s ‘authority’ score with search engines, helping the site’s search rankings.

A news release can sometimes land in the top two pages of search results, even if a company’s main website doesn’t. “That’s why your website shouldn’t be your only high-quality online content,” Gee continues. “Every press release you distribute gives you another chance to rank in search results, and that gives your target audience another chance to find you on the web. More traffic can mean more sales.”

What if the goal is traditional media coverage? “All good public relations starts with a well-written, relevant press release. However, even our SEO press releases have generated media coverage,” says Gee. All press releases crafted by the freelance public relations consultants at FreelancePR.com are newsworthy and written to Associated Press standards. “Our PR professionals have earned coverage for clients in literally dozens of top publications and media outlets, including Popular Science magazine, the Los Angeles Times and Wall Street Journal,” says Gee.

“Cyber Monday” refers to the first Monday after Thanksgiving in the United States, when online merchants offer web-only promotions and discounts. Introduced in 1995 by the National Retail Federation, Cyber Monday’s frenzy of online shopping reached over $1 billion for the first time in 2010. “Black Friday,” the Friday after Thanksgiving, gets its name because the frenzy of Christmas shoppers is what traditionally puts many retailers “in the black” (makes them profitable) for the year.