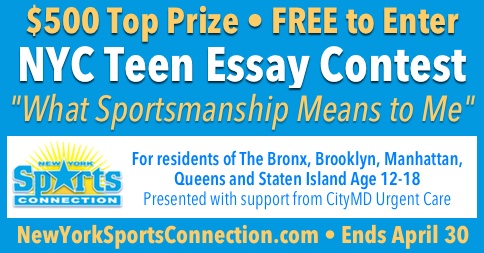 Several winners of NYSC’s essay contest were profiled by their community newspapers.

Here are a few of the news stories generated by NYSC’s essay contests:

After the inaugural contest, Aaron noted, “I found Kathleen via an Internet search for freelance Public Relations. I’m normally hesitant about working with people who I have not met personally and skeptical about working with someone who doesn’t live and work where I do (New York City). Kathleen’s diligence and passion persuaded me to give her a shot and I’m glad that I did. Kathleen came to me with a creative way to market my web site, something I certainly never would have envisioned and something no other marketer had thought of. She produced a very thorough outline of what had to be done and executed it flawlessly. Kathleen’s confidence and enthusiasm were infectious and she was extremely easy to work with. The project was a huge success and I have Kathleen to thank for helping market my web site in an innovative way that was noticed by many people across New York City. I look forward to working with Kathleen again and recommend her to others without reservation.”