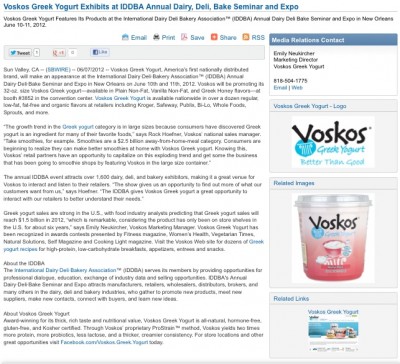 Our client, Voskos Greek Yogurt, was reaching out to new markets with a trade show appearance. We helped them reach even further with an SEO press release and distribution services. Read the full release online >>

Generally I don’t post on blogs, however I would like to say that this write-up forced me to try and do so! Thanks, quite nice article.