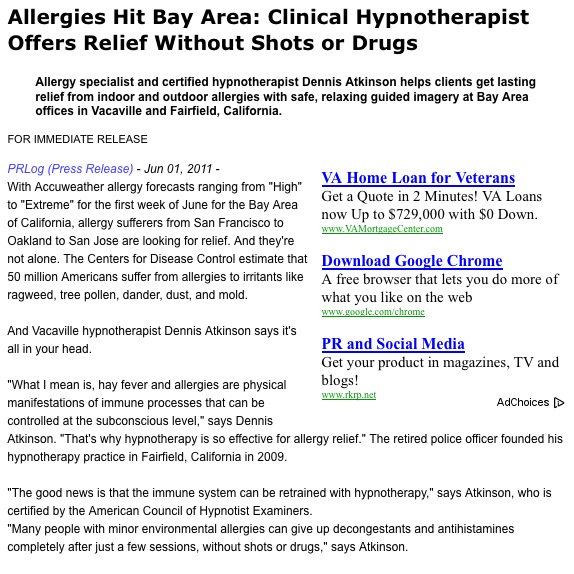 San Francisco hypnotherapist Dennis Atkinson needed help positioning himself as an alternative to allergy shots or antihistamines. He got it in the form of a compelling press release. Read the release online >>