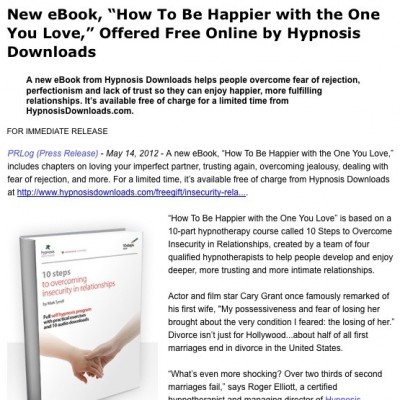 This SEO press release announced a special offer for a free eBook, “How To Be Happier with the One You Love,” aimed directly at the client’s target audience. Read the full release online >>