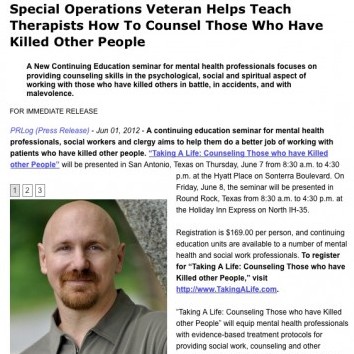 News Release: Special Operations Veteran Helps Teach Therapists How To Counsel Those Who Have Killed Other People

Aimed at mental health professionals and clergy, this press release promoted an educational event around a very sensitive subject: counseling those who have killed other people during wartime, in accidents, or with malice.